Bob Dylan.  from Blood on the Tracks 1974, about the breakup with his wife Sara.
A most beautiful and heartfelt song, with stunning  acoustic guitar

a fun ‘moldy-oldie’ record by the Coasters
with funny lyrics about a teenager being tormented by his folks into doing his chores.
.
‘you tell your hoodlum friends outside you ain’t got time to take a ride’

Fredric March, Myrna Loy, Dana Andrews. . Best Picture 1946 Oscars.
=13June= Get it while you can – this  film has been removed several times from youtube for copyright

1947.  Loretta Young,  Cary Grant,  David Niven
My favorite Christmas movie.  For some unknown reason youtube made this film age-restricted !
and viewable only on youtube.  Click link  or  linked image.

At an LA ice hockey game, kind of randomly weird but  – it’s ROY ORBISON !
He passed away shortly after this.

Fur Elise  &  Boogie Woogie.  Haburu the cat loves chillin’  IN  the piano while it’s being
played ! There’s lots of videos of this special musician Thầy Minh and his unusual cat

One of my all time favorite songs in a live performance from 2004.
Some people react to Robert Smith’s appearance, which has zero to do
with his talents as a songwriter & musician.  He is an individual who lives
as he chooses with no apologies.

These have been around for years but still funny to me, when I need a good laugh over something goofy 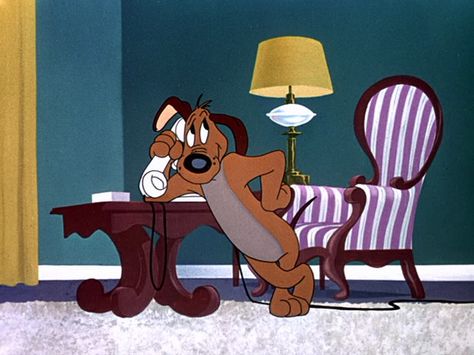 A heavy drama, difficult to watch at times, but unforgettable for the stunning beauty
of the performances.   I was surprized to find this quality upload free on youtube.
Kevin Kline’s first film.

Another great oldie that’s like a time capsule of emotion. I remember how I felt then,
the things I thought about, and how my room looked in the dawn as I got ready for
school with the radio on.

Bonnie Raitt, 1995.  The 1989 song by Roy Orbison,Tom Petty & Jeff Lynn.
Who doesn’t love Bonnie ! I’ve never heard of a bad word said against her, she is widely respected
for her character & values, as well as talent.   I love her to death !

from the  great  Time Out of Mind  album, 1997.
A surprizingly sweet & emotional love song from Bob Dylan.  It has been covered by several artists, most notably  Adele.

The memorable beautiful theme by Elmer Bernstein for the tv show ‘Hollywood and the Stars’, 1963-64;
also used for a time at the Academy Awards.  A lovely piece of music that so many remember and love.

Somebody had a great idea !  I love this thing.. funny, yet elegant. ..
I’ve always had an unfulfilled secret desire to operate some construction equipment... .
a backhoe, front-loader, or even just a forklift.. but especially a road-roller.
(what used to be called a steam roller)

‘once upon  time there were cannibals, now there are no cannibals anymore’

a favorite old song…1988 performance .
.’Things are gonna be much better if you only will ‘

I’m not a big Journey fan  but I really like this song….it has a deeply wistful & melancholy feel to it..
Written about the old ‘cruisers’ in Steve Perry’s small hometown in the agricultural San Joaquin Valley, California

the story of Rubin ‘Hurricane’ Carter and his unjust arrest   &   20 year imprisonment
with the lovely Scarlett Rivera on fiddle.

Pistols shots ring out in the barroom night
Enter Patty Valentine from the upper hall
She sees the bartender in a pool of blood
Cries out “My God they killed them all”
Here comes the story of the Hurricane
The man the authorities came to blame
For something that he never done
Put him in a prison cell but one time he could-a been
The champion of the world.
.
Three bodies lying there does Patty see
And another man named Bello moving around mysteriously
“I didn’t do it” he says and he throws up his hands
“I was only robbing the register I hope you understand
I saw them leaving” he says and he stops
“One of us had better call up the cops”
And so Patty calls the cops
And they arrive on the scene with their red lights flashing
In the hot New Jersey night.
.
Meanwhile far away in another part of town
Rubin Carter and a couple of friends are driving around
Number one contender for the middleweight crown
Had no idea what kinda shit was about to go down
When a cop pulled him over to the side of the road
Just like the time before and the time before that
In Patterson that’s just the way things go
If you’re black you might as well not show up on the street
‘Less you wanna draw the heat.
.
Alfred Bello had a partner and he had a rap for the cops
Him and Arthur Dexter Bradley were just out prowling around
He said “I saw two men running out they looked like middleweights
They jumped into a white car with out-of-state plates”
And Miss Patty Valentine just nodded her head
Cop said “Wait a minute boys this one’s not dead”
So they took him to the infirmary And though this man could hardly see
They told him that he could identify the guilty men.
.
Four in the morning and they haul Rubin in
Take him to the hospital and they bring him upstairs
The wounded man looks up through his one dying eye
Says “Why’d you bring him in here for ? He ain’t the guy !”
Yes here comes the story of the Hurricane
The man the authorities came to blame
For something that he never done
Put in a prison cell but one time he could-a been
The champion of the world.
.
Four months later the ghettos are in flame
Rubin’s in South America fighting for his name
While Arthur Dexter Bradley’s still in the robbery game
And the cops are putting the screws to him
looking for somebody to blame
“Remember that murder that happened in a bar ?”
“Remember you said you saw the getaway car?”
“You think you’d like to play ball with the law ?”
“Think it might-a been that fighter you saw running that night ?”
“Don’t forget that you are white”
.
Arthur Dexter Bradley said “I’m really not sure”
Cops said “A boy like you could use a break
We got you for the motel job and we’re talking to your friend Bello
Now you don’t wanta have to go back to jail be a nice fellow
You’ll be doing society a favor
That sonofabitch is brave and getting braver
We want to put his ass in stir
We want to pin this triple murder on him
He ain’t no Gentleman Jim”
.
.Rubin could take a man out with just one punch
But he never did like to talk about it all that much
It’s my work he’d say and I do it for pay
And when it’s over I’d just as soon go on my way
Up to some paradise
Where the trout streams flow and the air is nice
And ride a horse along a trail
But then they took him to the jailhouse
Where they try to turn a man into a mouse.
.
.All of Rubin’s cards were marked in advance
The trial was a pig-circus he never had a chance
The judge made Rubin’s witnesses drunkards from the slums
To the white folks who watched he was a revolutionary bum
And to the black folks he was just a crazy nigger
No one doubted that he pulled the trigger
And though they could not produce the gun
The DA said he was the one who did the deed.
And the all-white jury agreed.
.
Rubin Carter was falsely tried
The crime was murder ‘one’,  guess who testified
Bello and Bradley and they both baldly lied
And the newspapers they all went along for the ride
How can the life of such a man
Be in the palm of some fool’s hand ?
To see him obviously framed
Couldn’t help but make me feel ashamed to live in a land
Where justice is a game.
.
Now all the criminals in their coats and their ties
Are free to drink martinis and watch the sun rise
While Rubin sits like Buddha in a ten-foot cell
An innocent man in a living hell

I got a fever…

1976.  Warren. . and the painfully beautiful lyrics

‘How are you gonna make your way in the world when you weren’t cut out for workin’..
…where will you go with your scarves and your miracles, who’s gonna know who you are..’
.

I love this thing,   I  laugh every time..
the kitty’s name Gizmo, in the shoebox with his funny face

A lovely record that I associate with a dear friend, now passed on.
I introduced this song to him so now I associate it with pleasant memories.

Tom Neal before his boozey downfall and manslaughter conviction….

such a joyful song
.

a  classic !
‘Put on your red dress, baby, cuz we goin’ out tonight
. . better wear your boxing gloves in case some fool might wanna fight‘

‘Daddy sang bass, Mama sang tenor, me & little brother would join right in there. . ‘
the 1969 San Quentin concert.   Carl Perkins wrote the song !
I first heard this song, Johnny w/ the Carter Family,  long ago late at night, on a powerful
vintage Zenith table radio – on a 50K watt country station, coming in from UTAH  to California.

There’s a nice land known as Iceland, living there is swell,
That’s where those frozen people dwell.
One supposes rubbing noses saves them lots of heat
Boy, how they’re making both ends meet!

Oh, let’s rub noses like the Eskimoses,
That’s a northern custom turns winter into spring
Each polar guy’s a hero when it’s under zero
You can always trust them to do that certain thing

When the band is playing Nola at the Polar Ball
You won’t find a blue schnozola anywhere at all
Let’s rub noses like the Eskimoses
Don’t you know that’s Eskimo for “I love you”?
⇔⇔⇔⇔⇔⇔⇔⇔⇔⇔⇔⇔⇔⇔⇔⇔⇔⇔⇔